Abu Dhabi Ports Company announced that it had begun on February 17th dredging and reclamation of 45 million cubic meters of material at the site of the planned Khalifa Port,one of the world’s largest green field offshore port and industrial zone developments.

The port, a major element of Abu Dhabi Ports Company’s (ADPC) multibillion dollar Khalifa Port and Industrial Zone, will provide essential infrastructure for the growing industrial and commercial sectors of Abu Dhabi, as outlined in the Government’s Plan Abu Dhabi 2030.

The first stage of development will consist of dredging 45 million cubic meters to create a deep-draft 12 km long approach channel to the proposed Port, as well as reclamation of the offshore port island which will cover a 275 hectare area.

The Port will be completed in phases. The first vessel is expected to visit Khalifa Port in late 2010. The Stage 1A development will include over 3.2 km of quaywalls able to accommodate a throughput of over 2 million TEUs and over 6 million tonnes of general cargo. Four additional development phases have been planned for, increasing the overall throughput of the port to over 22 million TEUs and 35 million tonnes of general, break, dry, and liquid bulk cargo by 2028.

The $1.5 Billion (AED 5.5 billion) turnkey dredging contract was awarded in October 2007 to a consortium including Archirodon Construction (Overseas) Co. S.A., Boskalis Westminster Middle East Ltd. and Hyundai Engineering and Construction Company Ltd. The award was the result of two years of detailed engineering studies and environmental impact assessment and an 11-month thorough pre-qualification and tendering process.

The Khalifa Port is a multi-purpose maritime facility located approximately 4.6 kilometers off the shores of Taweelah in Abu Dhabi. It is designed to accommodate the current marine traffic served by the existing port of Mina Zayed and will create a gateway for the import of all cargo into Abu Dhabi and export of goods manufactured in the adjacent industrial zone. 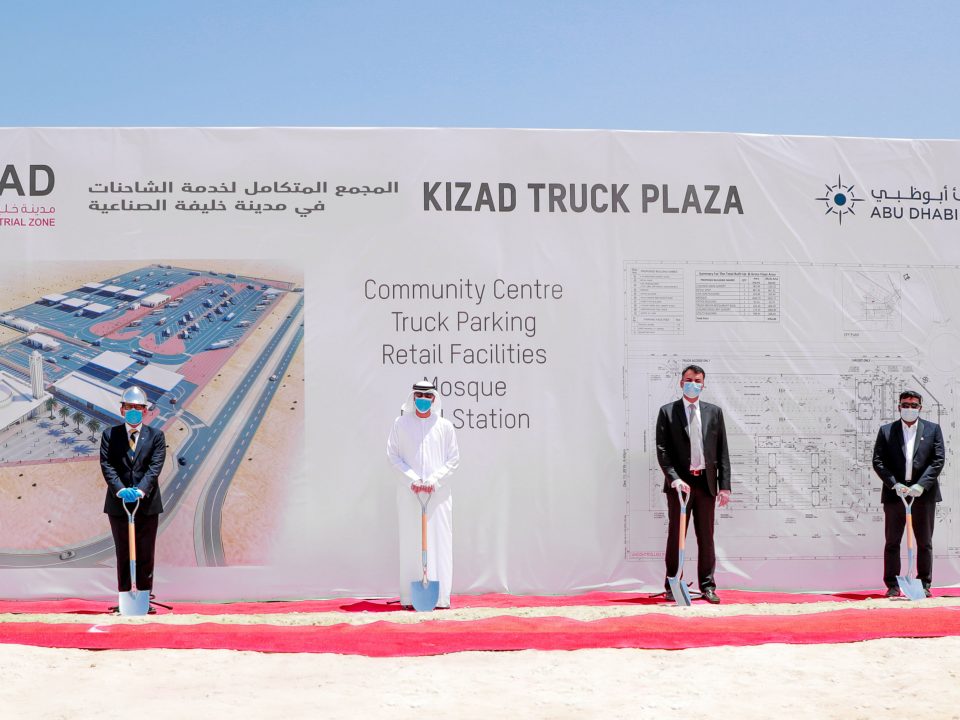