As one of the UAE’s leading enablers of development and trade, Abu Dhabi Ports Company (ADPC) is fast progressing while taking significant steps on its way to diversify Abu Dhabi’s economy.

Only two years after the start of commercial operations, ADPC’s state-of-the-art Khalifa Port now ranks number five in the Europe, Middle East and Africa (EMEA) region with regard to port productivity according to a report published by the Journal of Commerce (JOC).

In addition, since 2013, the number of direct links from Khalifa Port to destination ports across the globe rose by 12, from 40 to 52. Furthermore, over the course of just one year, Khalifa Port managed to attract three additional major shipping lines, making it a total of 20 shipping lines being currently served at Abu Dhabi’s flagship port.

“We are very proud of what we have accomplished within such a short time frame. This not only confirms our financial investments and hard work but Khalifa Port’s massive potential in terms of productivity and service offerings for the years to come,” said Capt. Mohamed Juma Al Shamisi, CEO, ADPC.

“Apart from its ultra-modern infrastructure and excellent market access to 4.5 billion people within four time zones, a major advantage of Khalifa Port is its proximity to Kizad. Both, Khalifa Port and Kizad, offer an unprecedented intermodal transportation network, as well as optimum supply chain and logistics efficiencies,” Al Shamisi explained.

Phase one of the new Kizad Logistics Park (KLP), which covers an area of more than 45,000 sqm, has recently been completed. All of the 41 warehouse units of phase one have now been leased to national and international investors who are in the process of moving into their units.

Phase one of KLP is the first out of three phases. Phase two, which will add another 32 warehouse units, is expected to be launched later next year.

As part of a larger scheme, the logistics park, when finalized, will provide a total area of around 120,000 sq m and is designed to become a major regional logistics and warehousing centre.

Agility, one of the world’s leading providers of integrated logistics, and United Printing & Publishing, one of the largest newspaper print companies in the UAE, are only two examples of the high profile enterprises that have chosen KLP as their logistics base with more to be announced as phase two units become available.

“The completion of phase one of the Kizad Logistics Park adds to our success story and marks a further breakthrough in the development of our infrastructures. Khalifa Port and Kizad are cornerstones of the Abu Dhabi Economic Vision 2030, a vision that not only inspires us in our daily work but represents a clear road map for the future of this beautiful and flourishing country,” Al Shamisi added. 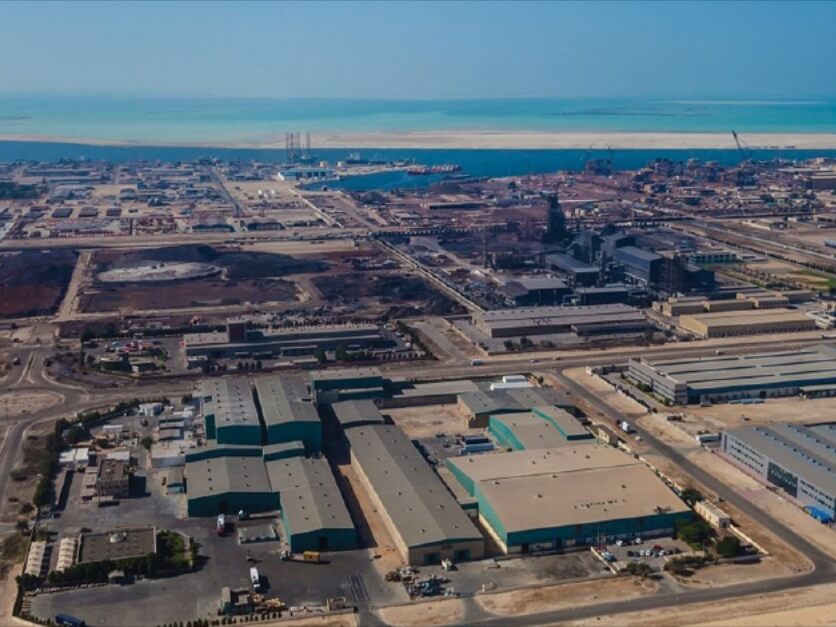